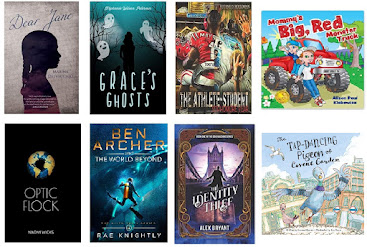 The winners of the Independent Author Network (IAN) Book of the Year Award 2020 have been announced!

We'd like to share with you some of the winning books in the Children’s / Juvenile / Young Adult / Teen categories, including two outstanding books: Dear Jane and Grace's Ghost.
If you're looking for a great Christmas gift for your children this year, look no further!
Check out some of the winners below:
IAN Book of the Year 2020 - Outstanding
Dear Jane by Marina DelVecchio 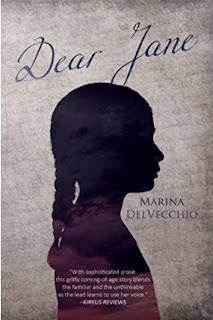 Kit Kat was born in Athens, Greece. Her mother was a prostitute, and their protector was a pimp. After an early childhood marked by violence, homelessness, and time in an orphanage, a Greek-American woman adopted her and moved her to New York. Kit Kat was eight years old, with a new name, a new country, and a new mother who tried to silence her memories and experiences. She sought refuge in books, and after a failed suicide attempt at the age of thirteen, she discovered Charlotte Brontë’s Jane Eyre. This book saved her life, and at fifteen, Kit Kat begins to write letters to Jane Eyre as a means of surviving a childhood she still remembers, the family she left behind, and the new mother that refuses to acknowledge her past.
Kit Kat’s letters to Jane Eyre demonstrate the resilience and power that she derives from Jane's own dark narrative and the parallels between their lives that include being neglected, unloved, poor, orphaned, and almost destroyed by the madwoman in their lives. This coming of age and semi-autobiographical novel is about family, loss, forgiveness, and the power of a good book.
“With sophisticated prose, this gritty coming-of-age story blends the familiar and the unthinkable as the lead learns to use her voice.” –KIRKUS REVIEWS
LINK: https://www.amazon.com/dp/1684331722
FOLLOW THE AUTHOR: https://marinadelvecchio.com/
Grace's Ghost by Stephenie Wilson Petersen 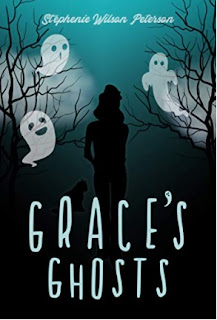 Grace has friends. They just lack heartbeats.
It's a good thing Grace isn't afraid of ghosts. Her town is overridden with them. Her cat, Midnight, is a ghost. All of her friends are ghosts, and she's the only person who can see them. Her bullies, however, are as alive as can be.
When her ghostly friends ask for her help, Grace has to break a curse, uncover a magical mystery, and avoid a mean girl, all while dark forces stand in her way at every turn. Can Grace help her friends before it's too late?
LINK: https://www.amazon.com/dp/1734386622
FOLLOW THE AUTHOR: http://stepheniepeterson.com/
IAN Book of the Year 2020 - Finalists
The Athlete-Student: Sophomore Year by Eugene Holloman 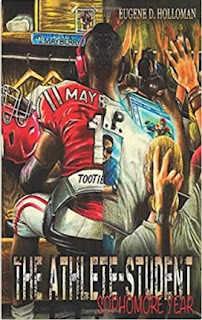 After a rocky freshman year that included outstanding production on the field, unsatisfactory performances in the classroom, an unforgettable breakup and a suspension from the biggest game in school history - Michael “Tootie” Mayberry is ready to demonstrate growth and maturity in his upcoming college sophomore year. However, while Tootie aims to improve upon a stellar season that made him a freshman All-American. He first has to rebuild a reputation that took massive blows stemming from a cheating scandal that landed him on academic probation. With his future of becoming a professional athlete hanging in the balance, how will Tootie respond to the increasing demands of being a student-athlete?
LINK: https://www.amazon.com/dp/0578614952
FOLLOW THE AUTHOR: https://www.theathletestudent.com/
The Identity Thief by Alex Bryant 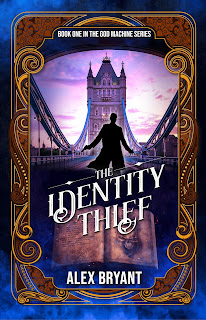 A shapeshifting sorcerer called Cuttlefish unleashes a terrifying wave of magical carnage across London. A strange family known as the River People move into Cassandra Drake's neighbourhood. Are the two events connected?
Who is Cuttlefish, you may ask? He’s nobody, yet he’s everybody, and trying to figure out who he is and where he’ll strike next is–you guessed it–addicting.
It’s a game of figure out what Cuttlefish wants and why–and how this nobody will do anything to achieve becoming somebody, through pretending to be everyone.
But he’s not the only one struggling with identity. Cassandra ‘Cass’ Drake, our 12-year-old protagonist and accidental hero, is an endearingly witty girl stuck between wanting to be accepted by her popular friends and doing the right thing–which everyone who’s ever been a kid knows can be pretty difficult.
Cass’s internal dialogue will make you laugh out loud and charm you (but not magically). Her thoughts and actions will be flawed (hello, 12-year-old!), but she is smart and finding her way that her mother would definitely be proud.
Cleverly told between narration from Cass’s POV, article clippings, and 3rd person POV of Cuttlefish, you’ll find yourself enchanted in the way two threads of story become one mastermind of a story.
"If I could give Alex Bryant’s debut novel, The Identity Thief, the first in The God Machine series, a single identity, it would be: Addictive.
Addictive like you want to stay up late reading. Addictive like you wake up early so you can squeeze in 10 minutes of reading before heading out the door. Addictive like you contemplate skipping lunch to read. Addictive like you’re reading while half-walking, half-running on the treadmill. Addictive like…I think you get the point." - WANDERING EDUCATORS
LINK: https://www.amazon.com/dp/1913571009
FOLLOW THE AUTHOR: https://www.alexbryantauthor.com/the-author
Optic Flock by Naomi Wicks 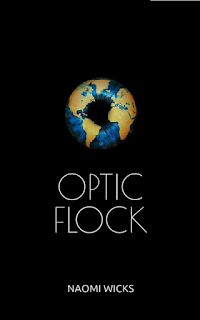 Linnea Hansen is a young goat herder from the mountainside town of Orbelle. For years she has complied with the compulsory law of wearing contact lenses that monitor human behaviour. Never expecting to find love, or a life beyond her goats and blind mother, Linnea accepts her solitary life. However, one night she climbs the mountain to witness a meteor shower, only to return and find Orbelle evacuated and an unknown soldier who opposes the lenses. This young man will attempt to help her reunite with her mother, whilst changing her outlook on life forever.
"Amazing book! I couldn't put it down. There were so many twists and turns, it kept me guessing. The characters are relatable and the story line completely gripping. 10 out of 10 from me! Can't wait to read more."
LINK: https://www.amazon.com/dp/179741075X
FOLLOW THE AUTHOR: https://www.naomiwicksart.com/about
Ben Archer and the World Beyond (The Alien Skill Series, Book 5) by Rae Knightly 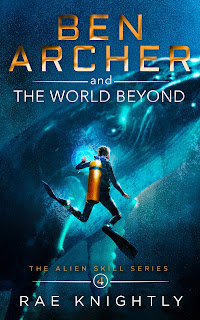 A MESSAGE FROM THE WORLD BEYOND.
Thirteen-year-old Ben Archer has accepted a mind-boggling challenge: to use his alien skill to restore the balance between humans and the rest of the living world. But after a near brush with death in the middle of the Pacific Ocean, things only get worse when his power attracts the attention of Jeremy Michaels, a reporter from the Provincial Times.
At first, slipping away to a small coastal town for a summer camp seems like a good idea, but Ben's hopes of a discreet vacation come to an abrupt end when an unprecedented event rocks the town, leaving him with a nail-biting dilemma.
Will he reveal himself or not?
The Alien Skill Series is a bestselling, award-winning science-fiction adventure story for fans of A Wrinkle in Time, Lost in Space, The Neverending Story and Percy Jackson. The young-at-heart will revel in this family-friendly, action-packed series filled with alien superpowers, engaging characters and thought-provoking insights into the way we treat our world.
"An extremely timely message for today's readers. Ben Archer and the World Beyond sings with hope and beats with adventure." (Amazon reviewers)
LINK: https://www.amazon.com/dp/1989605044
FOLLOW THE AUTHOR: https://www.raeknightly.com/ (get a FREE novella)
Mommy's Big, Red Monster Truck by Alison Paul Klakowicz 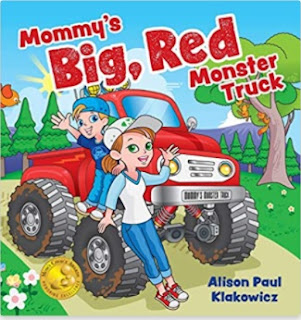 Every kid knows that mommies are the greatest. They feed us and take care of us and love us with all their hearts. But did you know they are also so cool! One little boy sure does. His mommy drives a big, red monster truck, and it's awesome! It bounces and smashes and takes them on amazing adventures all over the country. In her truck, they can do anything and go anywhere, and best of all ... they do it together!...
"Lively, vigorous, and well suited to kids who adore cool moms and their vehicles." - Kirkus Review
LINK: https://www.amazon.com/dp/152553018
FOLLOW THE AUTHOR: https://www.alisonpaulklakowicz.com/
The Tap-Dancing Pigeon of Covent Garden by Serena Hassan 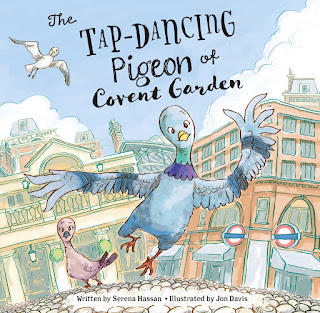 Pigeon flies across the rooftops of London and soon finds himself in Covent Garden, where he falls in love with the sound of the opera singer in the piazza and the vision of the tap dancers at the Royal Ballet. As he learns how to look after himself away from his nest, he discovers his true passion in life - tap-dancing! Author Serena Hassan is a firm believer in following one's dreams, even if they may seem silly to others. She hopes to motivate and inspire future generations to be brave when they leave home, and to encourage them to never give up searching for their own passions.
"This adorable, touching, funny little story about young Pigeon is as gorgeously illustrated as it is sweetly written." (Amazon review)
LINK: https://www.amazon.com/dp/1912892197
FOLLOW THE AUTHOR: Twitter: serenahassan4 Instagram: serena_childrens_author
Check out the full list of IAN Book of the Year Award 2020 winners here:
https://www.independentauthornetwork.com/2020-botya-winners.html